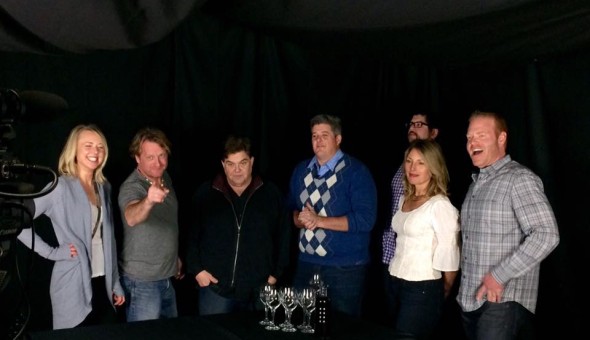 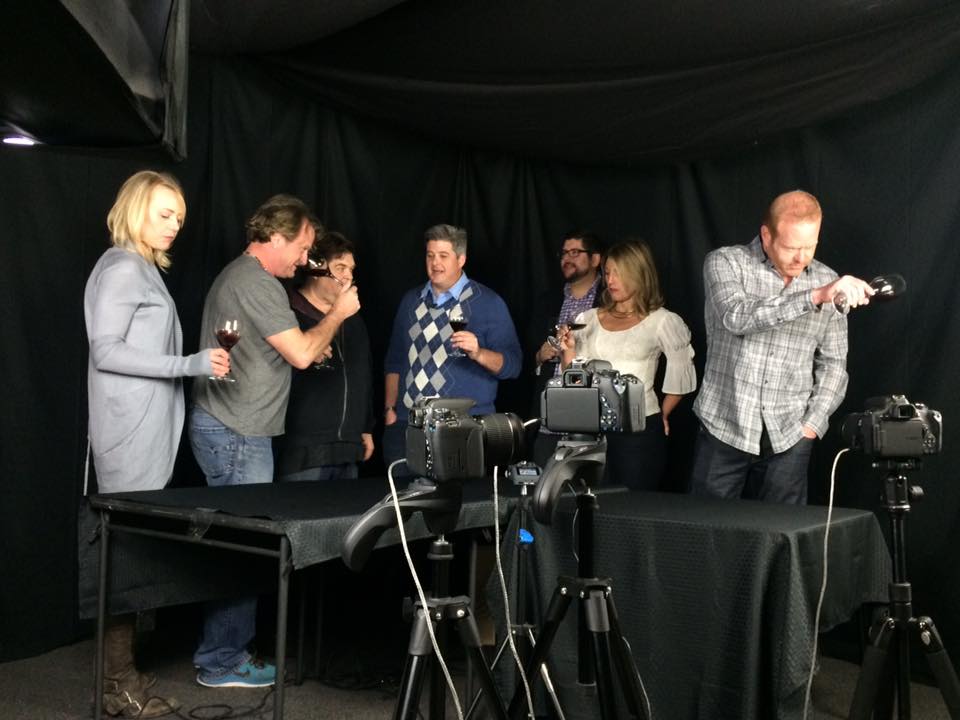 An outtake of You Don’t Know Paso after filming for the day. I’m struggling to figure out this cloudy and unfiltered wine. At the last second, just before the reveal, Lannon Rust nails it. It was an impressive and unscripted moment. Photo by Angie LaZarre.

It’s no secret I am a fan of wine. It started when I was a youngster. One Thanksgiving dinner, my uncle Randy slipped a little red wine in my cowboy boot cup and I was hooked. It probably helped that my dad was the liquor buyer for Von’s Grocery store chain in Southern California. Our home overflowed with wine, and we vacationed in Napa Valley, meeting many winemakers and proprietors.

As a 20-something-year-old, I followed up my love of vino with trips to Napa for some legal wine tasting. This was, of course, before I discovered my true love, Paso Robles Wine Country. While living in Monterey County, my wife, Beth, and I were invited to volunteer at the Monterey International Wine Competition. That’s when I started taking wine seriously – swirling, sniffing, sipping, but definitely not spitting.

At the annual competitions I met Gary Eberle, Adam LaZarre, and other winemakers. They were an inspiration and I hoped one day to learn enough about wine to join them at a table as a judge, not just as a volunteer.

Well, my big break came when Adam invited Beth and me to a house party last year. There we met Chris Kern of Pasosbestwines.com. We talked a lot about wine. I told him we published the San Luis Obispo County Visitors Guide and Paso Robles Daily News and taste and promote a lot of wine. He said he had seen my Holiday Wine Recommendations. I was in! He invited Beth and me to join him on the cast of a new video series: You Don’t Know Paso.

You Don’t Know Paso is an idea Chris came up with based on the popular So You Think You Know Wine series. It’s three judges sitting around a table with s host and tasting a wine blind. “Blind” tasting means the judges have no idea what it is, other than a Paso Robles producer, and must use their senses to figure it out. Chris is planning about seven episodes to air in the next couple of months.

The judges smell, taste and discuss the wine and them make their best guess of the following:

• Varietal – Which grape variety?
• Appellation – What AVA district of Paso Robles?
• Vintage – What year were the grapes picked?
• Price – What’s the retail cost?
• Producer – Can you name the brand?

The cast of You Don’t Know Paso

The show’s format included six local judges selected by Chris. The judges were: 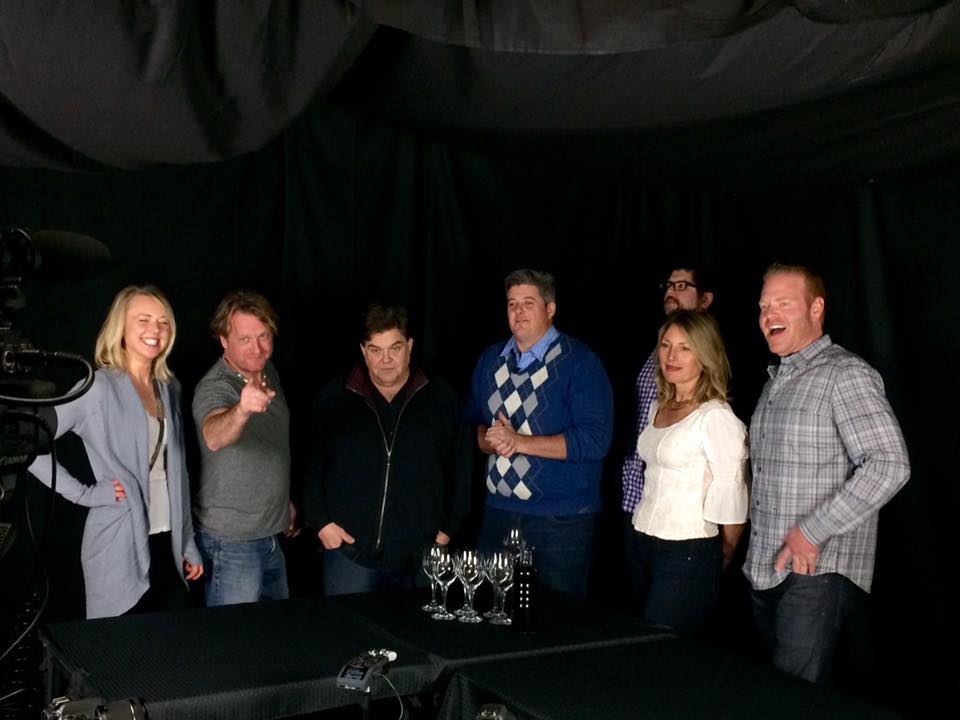 The six judges with our host in the middle. From left, we are Katie Gebauer, Adam LaZarre, David Wilson, host Chris Kern, Lannon Rust, Zara Landrum and me. Photo by Angie LaZarre.

It’s fair to say that going in to this challenge, I was the underdog. Here I am, sitting in a room filled with people who make wine, buy wine and taste wine for a living. I am an enthusiastic wine drinker, but an amateur nonetheless. As a local publisher, I get to taste a lot of wine and I’ve written or edited hundreds of stories on wines and wineries. But that is about it.

I watched the taping of the first episode and got chills down my spine when none of the “experts” were able to nail the blind wine. So, I was pretty anxious going into my first show.

To my surprise, when I got to my first tasting, I recognized the wine as one I had tasted a few weeks go. I went with my instinct and was right! I didn’t get everything right, but I was still pretty impressed with mysefl. My second round was a lackluster performance, but my third was another big win for me.

I had made the final table! Chris called me “The Cinderella Story” and we had a good laugh about it. Now, I don’t want to give away the show, but suffice to say I had an awesome time and enjoyed participating. I can’t wait to it. 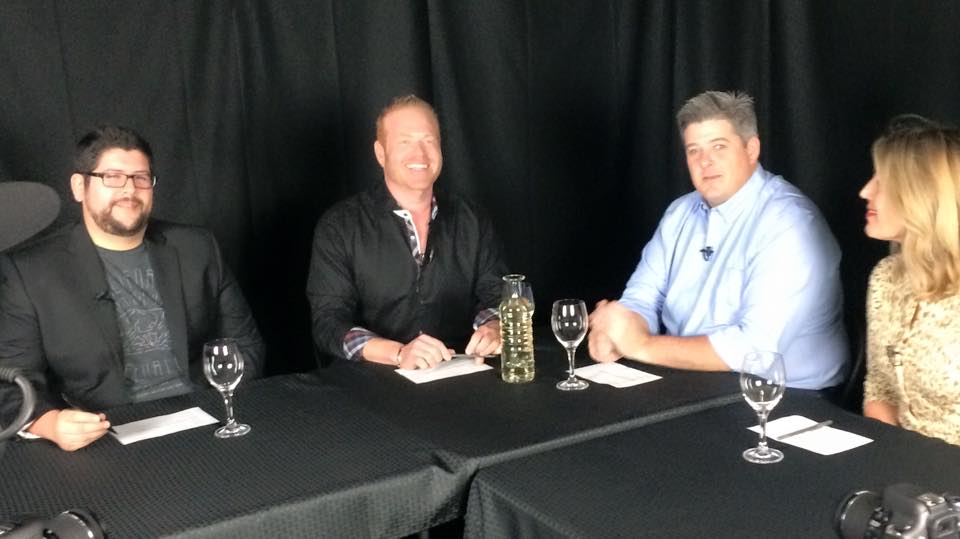 On my first appearance in You Don’t Know Paso I totally nailed the details of the wine, down to the producer. I missed the appellation, which left an opening for a competing judge. Photo by Adam LaZarre.