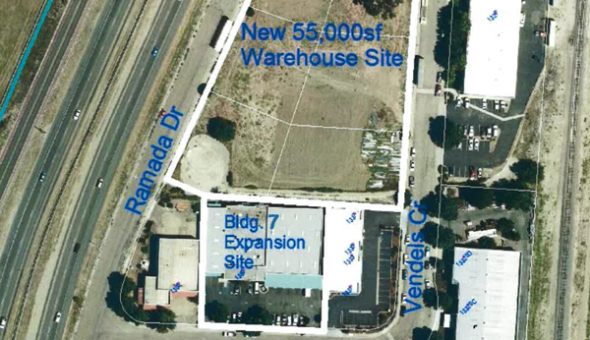 A note for the record: At our last planning commission meeting, June 23, 2015, a proposed expansion of the Firestone Walker Brewery was approved, but not before some opposition from nearby business people. I was surprised to hear fellow business people criticize the brewery for how it operates. The opponents showed us several pictures of how the brewery operates. The pics showed pallets of case goods stacked on the sidewalks, trucks blocking the streets, trailers parked un-attached in the middle of the street, forklifts driving with a full load, with an impaired line of sight, in the roadway, unlicensed carts driving in the street. The pictures showed that the brewery was using the street like a factory floor. There were many dangerous and inappropriate uses documented. That was disappointing to see.

The decision before the commission was for an expansion of warehouse space. Hopefully the new space will alleviate some of the activity on the street and sidewalks. But regardless, the commission’s job was not to evaluate the company’s business practices but to make sure the new building conforms to the city’s rules and regulations, which we judged it did.

Another issue raised was the removal of an oak tree. Opponents of the brewery expansion wanted to save a beautiful, large oak tree on the lot of the property. The tree will be removed as part of the building expansion and the brewery will plant several more replacements. Several years ago an arborist’s report showed the tree was in poor condition and could be removed. The Paso Robles City Council at the time approved the removal of the tree. Since our commission is subordinate to the council, we are not in a position to over-rule the council, even in the case of an old decision. So we approved the brewery’s plans. The council, of course, could decide to re-visit the preservation of the oak tree, if they choose to.

I would like to thank the business people who came to the meeting to help educate us on the situation around the brewery. I understand their concerns. I hope they understand the role of the commission and why we reached the unanimous decisions we did that night. I would also like to thank Firestone Walker Brewery for choosing Paso Robles to grow and expand their business. They employ dozens of local people and provide valuable goods and services for our community. We are lucky to have business people like Andrew Firestone and David Walker in Paso Robles. 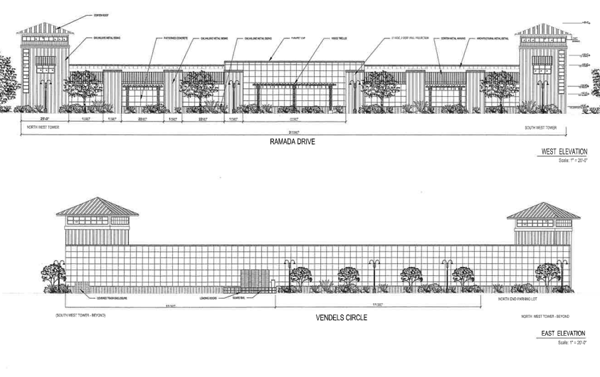 The project will also include the removal of one oak tree, which has already been approved by the Paso Robles City Council. 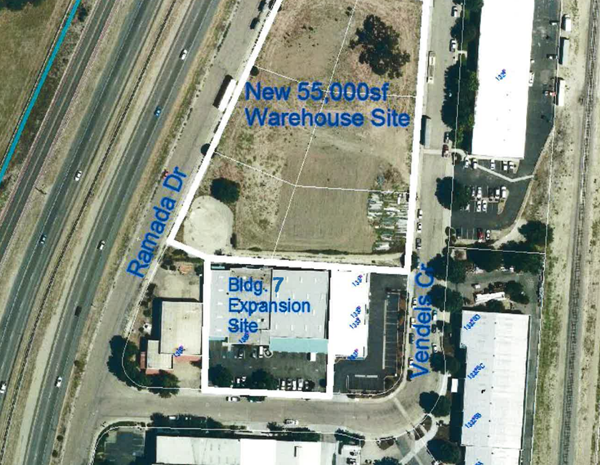 The project is located at 1400 Ramada Drive. The project site’s general plan designation is business park and is zoned for manufacturing. The proposed 9,000 square foot addition is for the building which used to be Nu-Way Cleaners. The expansion would include additional warehouse space and office space. The additions would take place between the building and the street within the existing parking lot area. 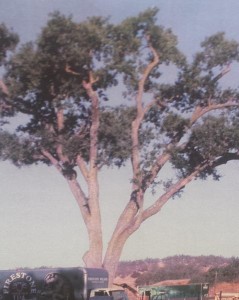 The oak tree that will be removed.

Concerns were addressed by some representatives from neighboring building owners regarding heavy traffic use, oftentimes by forklifts and tractors. Craig Armstrong, represents Arbiter Systems, located next to the proposed new development. In a letter to the commission, he states, “Firestone conducts many business activities outdoors. This includes storage of pallets and kegs, dumpsters, truck ramps on the road, and constant unlicensed vehicle travel on roads and sidewalks.”

Jeff Smith, an employee of a neighboring business, wrote, “Firestone uses a fleet of unlicensed vehicles on city streets to move people, product and materials between the buildings of their campus. These vehicles include forklifts, cushman carts, and large ATV’s. Quite frequently they are going the wrong way, against traffic, and it is not uncommon for them to be carrying large loads which obstruct the operator’s view… Vendel’s Circle has been quite the obstacle course.”

Another issue brought up was parking. Many neighboring business owners felt that the parking situation, even with the expansion, was inadequate.

The commission decided that the issues addressed were more related to traffic control than city planning. The vote passed 6-0.