Tribune: Mayor has his own Internet radio station 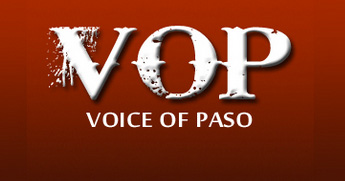 Paso Robles Mayor Steve Martin launched a local radio station that includes news sharing with our Paso Robles Daily News. The Tribune gave us a mention in the story.

He developed it as a personal project through his Paso Robles-based advertising and marketing firm, S.W. Martin & Associates. It launched in August but was only recently announced.

The station, accessible at www.voiceofpaso.com, is not funded by taxpayer dollars, Martin said.

As of late March, Martin said, Voice of Paso had about 700 listeners, tuning in both locally and regionally from the Central Coast, Los Angeles and Monterey, as well as other locations. A few listeners have also been as far away as South Africa and Brazil.

Martin has no employees or paid advertisers, he said, but he’s partnering with local news website http://pasoroblesdailynews.com under an agreement where he airs the website’s ads in exchange for the ability to relay the site’s news content on air.

The Daily News site’s publisher Scott Brennan is owner of Paso Robles’ Access Publishing and was appointed to the Paso Robles Planning Commission in February.

Since Martin had much of the equipment and software needed to produce radio and TV commercials as part of his marketing firm business, he said the station’s startup costs were minimal.