The first person to live for 1,000 years is probably already alive 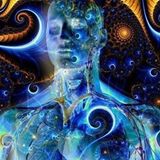 It is likely that someone living on Earth today will make it to that lofty number of years, according to research scientists who are pushing the envelope ever closer to the ten-century limit, News.Com.Au reports.

Leading the charge to virtual immortality is Cambridge gerontologist Aubrey de Grey, co-founder of Strategies for Engineered Negligible Senescence (SENS) in California, who told News.Com.Au: “If we ask the question, ‘has the person been born who will be able to escape the ill health of old age indefinitely?’ then I would say the chances of that are very high. Probably about 80 percent.”

However de Grey, whose research focuses on repairing aging’s wear and tear on the body, allowing still-dividing cells to take over and replenish youth, is not the only one battling the encroaching effects of old age.

My take: No one wants to live to be even 150 if it means decrepitude. But what if we could live twice as long as we do now, or more, and biologically be about 60-years-old. That doesn’t sounds so bad. I don’t think there will ever be such thing as immortality. But it is increasingly likely that we will have the chance to live significantly longer and healthy lives. I’m looking forward to it.

The Australian estimates: “Last year the global anti-aging market generated more than $280 billion. By 2018, it will hit $400 billion.”

Harvard Medical School genetics professor Dr. David Sinclair is investigating whether increasing the amount of the naturally occurring molecule nicotinamide adenine dinucleotide (NAD) will encourage rejuvenation in cells. So far, in mice, it works, and he is planning human trials in the near future, The Australian reports.