Oak Park is revitalizing north side of Paso Robles 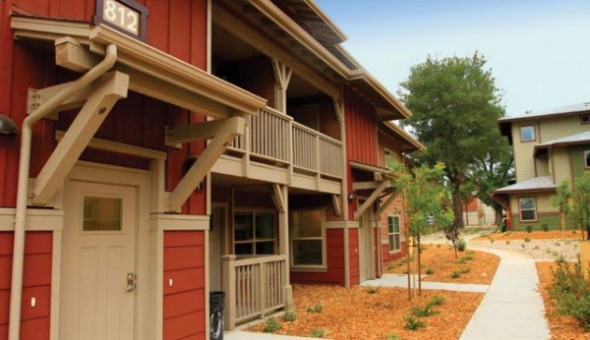 North Paso Robles has had a bad reputation. There is a perception of it having more crime, more drugs, more gangs. Though it’s only a part of the north side, Paso Robles Housing Authority is making a big difference to change that perception with its newly rebuilt Oak Park housing. With its new, modern, state-of-the-art facilities, Oak Park will soon be one of the nicest places on the north side, along with the new Uptown Family Park that opened in November at Spring and 36th streets.

The housing authority is in the thick of creating a new multi-family housing complex on 25 acres of old military housing that runs along Pine Street between 28th and 34th streets. The new apartment complexes are not only doubling much-needed affordable housing, but are transforming the image of this sometimes blighted end of town.

Old Oak Park homes are being torn down, and beautiful new housing is being constructed. The housing is coming in four phases, which are replacing 148 old units with 300 new ones. Phase one is complete, and phase two is expected to be completed by the end of this year.

In addition to being visibly more attractive, Housing Authority Executive Director Dave Cooke said gang and drug activity has decreased. Cooke attributes the decrease to the housing authority’s anti-gang and drug stance. “We’ve been telling everyone that drugs or gangs aren’t welcome at Oak Park,” he said.

Cooke and Paso Robles Police Chief Robert Burton say that the new housing facilities have caused residents to take more pride in where they live. “By changing and tearing down the old units and putting up the new, people are taking more pride, they are probably the best watch dogs,” Cooke said.

Chief Burton said he is working to restore police officer positions eliminated five to six years ago during the height of the recession. They will provide additional patrols on the north side. He said it will likely be a year or two before another officer can be stationed at Oak Park in the housing authority’s office. He said having an officer on-site helps prevent crime and issues because the officer is able to develop relationships with the residents. While Oak Park no longer has a police officer stationed there, Cooke said there is security on-site five days a week.

Cooke said anyone who would like to take a look at the project and what is being done to improve that part of town is invited to stop by the Housing Authority’s office at 3201 Pine St. or call (805) 238-4015.