Why we chose your name, Christine 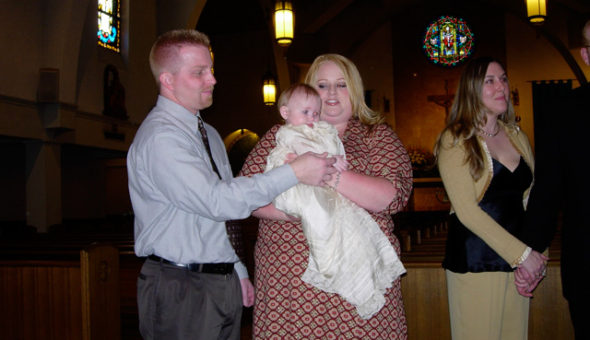 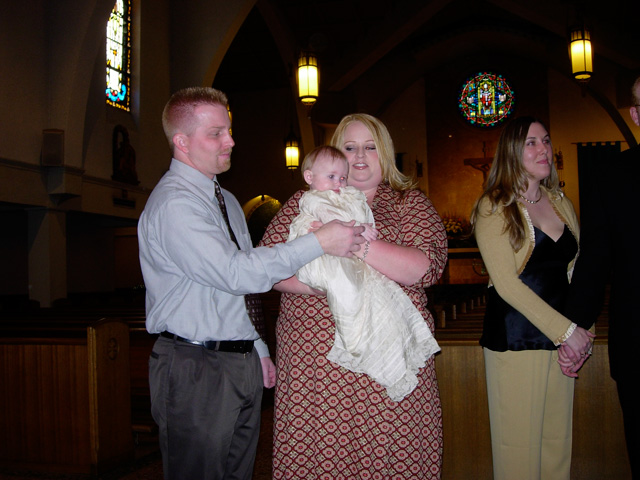 We chose the name “Christine Anne” because they are family names close to us. Christine “Chris” Brennan (1918-1977) was my paternal grandmother, your grandpa’s mom. She was a very smart and sweet woman who cared for her children and grandchildren dearly.

She was born Esther Christine Godleske and grew up in Three Lakes, Wisconsin. She met my grandpa, Donald W. Brennan (1916-2000), when he was in the US Army Air Corp. They married in 1945 and raised their family in Arcadia, Calif.

Your last name Brennan comes from Ireland. The Brennans came from several areas of the Emerald Isle, but ours probably came from Kilkenny and made passage through Waterford. The first of ours to come to the New World was William Brennan (1811-1881) in the 1840s. He raised his family in Quebec, Canada.

Your mom’s family name Tobin name comes St. Aubyn, Ireland. While visiting there, we got to see the countryside of Tipperary and Kilkenny (in southern Ireland) where most of the Tobins came from.

The Baptismal gown you wore is an old family heirloom from the Macdonald family – My grandfather Donald’s mom was Bertha Agnes Macdonald (1880-1964). The Macdonalds came from Scotland.

Many members of our family going back for generations have been baptized in that gown, including Uncle Jason and me. Your cousin Clemens was recently baptized in the gown too.