I had heard the Firestone Walker Beer Fest is off the hook, but I hadn’t had a chance to go over the last five years. The stars aligned at the last minute and I got a couple of media passes to check it out…

I’m not a huge beer fan and rarely drink it, but I made an exception for this afternoon of excitement. I learned a lot about the immense variety of beers and tasted several.  I was surprised to find brews made with grapefruit, sour cherry, bourbon, coffee and chocolate. They tasted pretty wild! 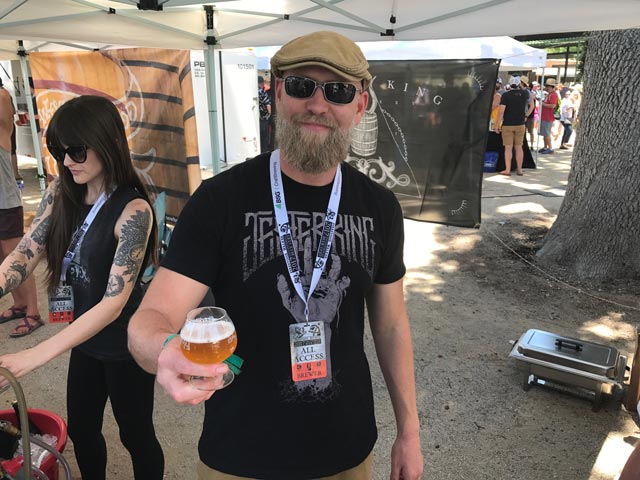 Brewer Chris Winne of Jester King from Austin Texas serves up a farmhouse ale with flavors of dried grapefruit with hints of rosemary, serrano and jalapeno pepper.

– The Firestone Walker Invitational Beer Fest was celebrated Saturday for the 6th year in a row. The Paso Robles Event Center became the epicenter of the craft beer world, drawing more than 50 international breweries and more than 2,000 guests. Many lined up hours before the noon opening. Once inside, the crowds lined up to sample new beers, many with intense fruit flavors like orange, cherry, grapefruit and even coffee, chocolate.

The net proceeds of the event will again benefit Paso Robles Pioneer Day. The proceeds are utilized by the non-profit organization to help fund antique tractor restoration and other local initiatives, including the annual Pioneer Day Parade.

“We are honored to host some of the world’s best breweries to this festival and introduce both brewers and attendees to this amazing place we call home,” said Jamie Smith, Director of Marketing & Brand at Firestone Walker Brewing. 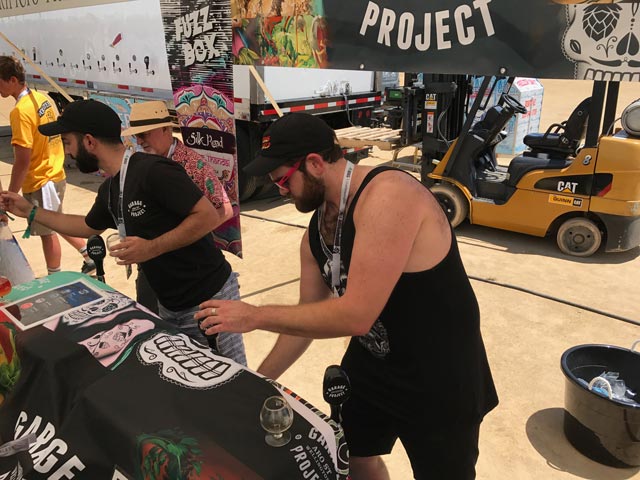 A brewer from Garage Project of New Zealand serves up its Yuzi Rising Sun beer. It’s a blend of Yuzu beer topped with a raspberry sour beer. It was the most popular beer of the festival based on the long lines of beer lovers waiting for a taste.

Tickets to the popular fest sold out in just minutes when they went on sale a few months ago. 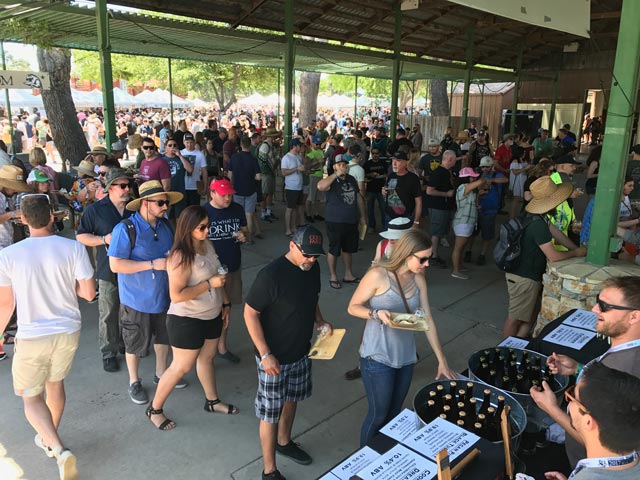 The south end of the Paso Robles Event Center was packed with beer lovers who lined up to sample new flavors.

Breweries at the festival included the following:

Over a dozen Central Coast restaurants and food purveyors served delicious treats to accompany the beers. 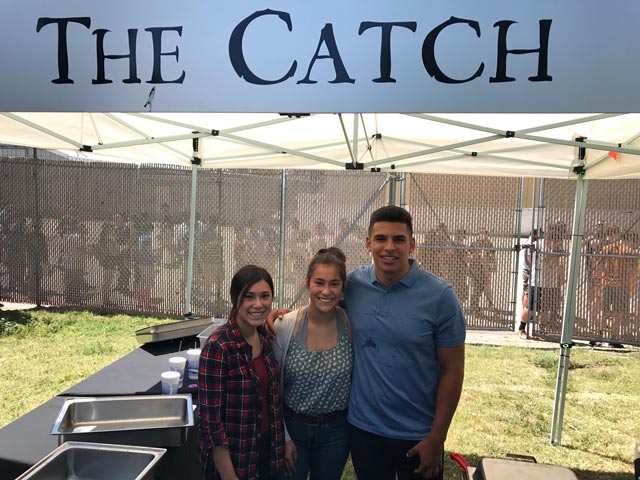 Vanessa Mora, from left, Carla Mora, and Rudy Nunez, serve up salmon with a lemon caper sauce from The Catch restaurant in Paso Robles. 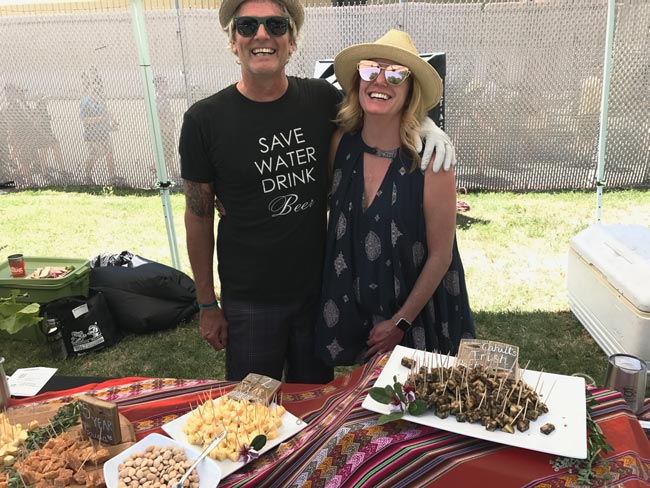 Loshel Robinson, at left, and Ali Cardcaden of 15 Degrees C in Templeton served cheeses and treats to beer drinkers at the festival. 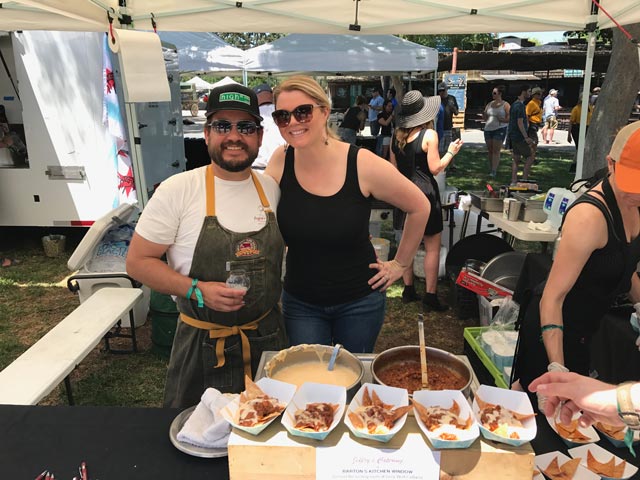 Jeffry and Kathleen Wiesinger from Jeffry’s Catering serve up a smokey-style nachos dish. 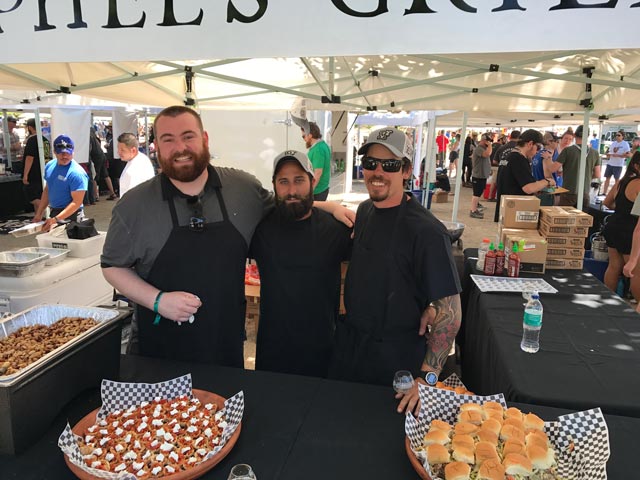 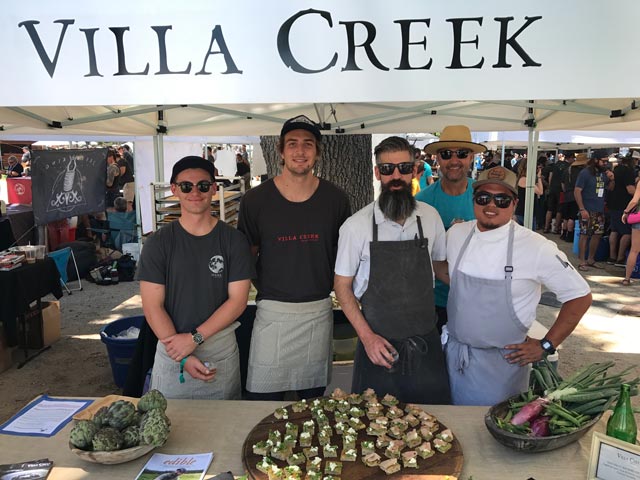 The crew from Villa Creek restaurant in Paso Robles offer up a tasty appetizer to visitors at the beer fest. 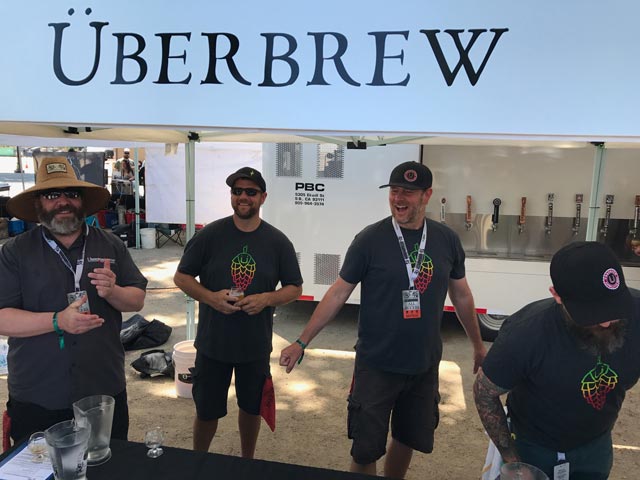 The crew at Uberbrew came from Billings, Montana, to pour some of their excellent brews, including a double and triple IPA.