This is a large new project proposed near Kennedy Club Fitness. We will be reviewing it on Oct. 13, 2015.

Paso Robles Daily News – The Paso Robles Planning Commission next month will consider a request to build a 101-resident assisted living and memory care facility. The plans were brought up for consideration at Tuesday night’s commission meeting, and then delayed at the request of the applicant. It was rescheduled to the commission’s Oct. 13 meeting.

The applicant proposes to construct a three-story, 68,000-square-foot assisted living project, which would include 73 assisted living and 24 memory care units, and ancillary support uses. The assisted living units include studios, one-bedroom and two-bedroom units, with private bathrooms and kitchenettes. The maximum population would be 101 residents. The project site is located at the southeast corner of South River Road and Serenade Drive. 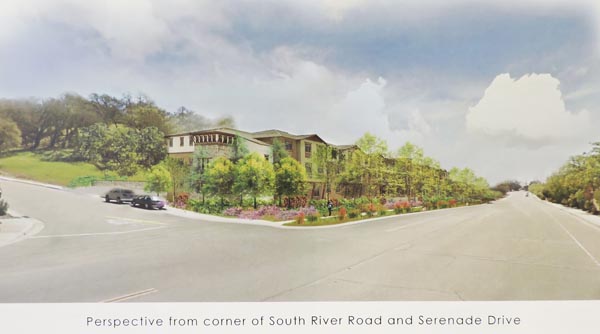 The project is designed as a single building, internally divided between the general assisted care units (within the 3-story portion of the building) and the memory care units located toward the south end of the project. An access driveway is proposed on the interior side of the site, with ingress/egress on Serenade Drive and South River Road.

A water use analysis was done on the project, and it indicates that the proposed assisted living project would use approximately 85 gallons of water per person per day, which is 39 gallons less per person than a prior approved residential project for this site. The project incorporates significant water efficient fixtures, equipment, and drought tolerant landscaping to help reduce their overall water consumption, and would use comparatively less water than similar uses. 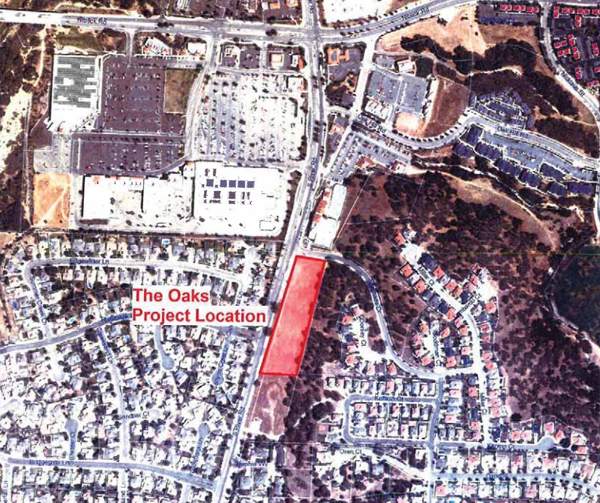